We provide a growing range services to support the operations of our customers, both universities and businesses. We developed our service business during the year.

In addition to universities and universities of applied sciences, the tenants of our campuses include businesses and primary schools, and even a day-care centre. We provide premises for businesses that want to operate in close proximity to universities. Our strengths include our premises’ locations on attractive campuses and our cost-effective pricing.

In addition to providing business premises for our corporate customers, we also increasingly offer a range of additional services to make their day-to-day operations easier, such as restaurant and catering services, conference rooms and hair styling services. Kampusklubi at the Hervanta campus in Tampere brings together businesses, researchers and students to create new ideas and innovation. The themes of Kampusklubi’s most popular member events in 2017 were artificial intelligence and virtual reality.

The business premises market was characterised by a high level of supply and intense competition in 2017. Nevertheless, we were able to provide good premises, locations and services.

We increasingly rented out premises to non-university tenants. For example, the Kampusareena building located on the Tampere University of Technology campus saw 14 new customer organisations move in during the year. Demand was also high in Kuopio, Lappeenranta and Oulu.

We invested heavily in developing our service business as part of our organisational renewal. Our new Director of Customer Relations and Services, Samuel Koivisto, joined the company in February. We strengthened our resources and expertise during the year by appointing our first account managers to fill a new role in our organisation. The account managers are responsible for customer relations and services as well as new customer acquisition in their respective areas: Western, Central, Eastern and Northern Finland. We will continue to put our new operating model into practice and develop it further in 2018.

We also expanded our partner network. We increased our cumulative expertise in cooperation with our service partners, such as maintenance and cleaning service providers. Our aim is to maintain long-term relationships with high-quality partners.

The newly constructed Dentopolis building was completed on the Kontinkangas campus in Oulu in 2017. The building houses facilities for the Institute of Dentistry at the University of Oulu and the new premises for the City of Oulu’s dentistry services, specialised care and orthodontics unit and teaching clinic. The building is also used for the practical training of oral health students at the Oulu University of Applied Sciences.

A new unit of the forestry machine manufacturer Ponsse and its subsidiary Epec, which produces control systems, moved to the Kampusareena building on the Hervanta campus in Tampere in the autumn. The new unit designs software and automation for mobile work machines.

In Lappeenranta, the decision was made to locate a primary school on campus, and the school’s concept was completed during the year.

We also relocated our own office to new premises on the Hervanta campus in September. All of our personnel participated in the planning and design of the new office in accordance with our joint development model. The users have been satisfied with the premises, which have been divided into several different zones with different degrees of peace and quiet.

Our occupancy rate in 2017 was in line with our target at 93.2 per cent. Vacant premises accounted for 6.8 per cent of the property portfolio.

“Our playing field is changing as more space on campuses is made available for the business sector. Businesses, in turn, need services. When the customer already has walls, a ceiling, light and heating, the focus shifts to making the premises comfortable and day-to-day operations as smooth and convenient as possible.

We provide our customers with the services that businesses need, including lobby services, conference rooms, cleaning services and employee restaurant services. There is also a growing demand for community-oriented spaces for collaboration.

We look for partners who can help us introduce new services to campuses that support the business operations of our customers; for example, advertising agencies and legal firms.”

Property taxes by municipality in 2017

Ponsse has found a new home on campus

Kampusareena gives Ponsse and Epec a great opportunity to find new talents and further increase their cooperation with the university. 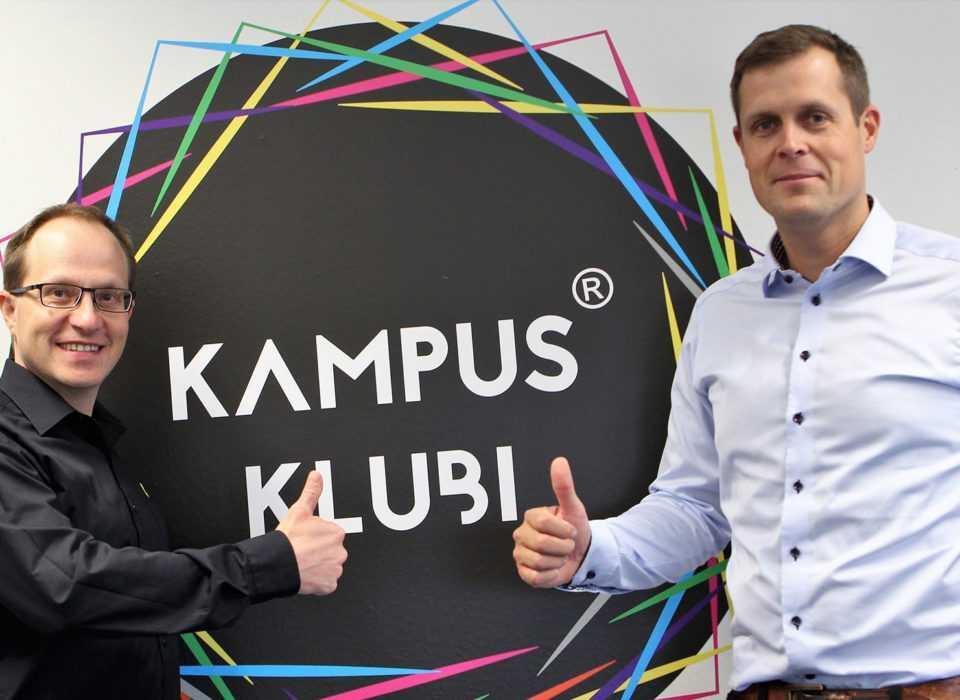