Most significant construction projects in 2018

Our aim is to develop healthy, functional, safe and energy-efficient environments for learning and research.

Our project planning is based on either our customers’ premises alteration needs or new construction needs, or renovation needs based on the current condition of existing buildings. Where possible, we incorporate other projects into our renovation projects, such as modernising learning environments or carrying out alterations to premises. We negotiate these with the customers.

We use the BREEAM classification system to evaluate new construction projects and major renovation projects. BREEAM, short for Building Research Establishment Environmental Assessment Methodology, is a comprehensive set of indicators for monitoring the environmental impacts of buildings. The scoring incorporates criteria including management, health and wellbeing, energy, transport, water, materials, waste, land use, innovation and the prevention of contamination.

We use BREEAM indicators in monitoring the environmental impacts of our projects.

We were kept busy in 2018 by previously-begun major projects, such as the Medisiina D new construction project that began in Turku in November 2015 and was completed and commissioned in May, and the completion in late October of the final phase of the Verso renovation project in Lappeenranta, which began in 2016. In 2018, the company’s investments totalled EUR 95 million.

On the financial statements date, we had a total of 103 projects in the preparatory and planning stages, with a combined value of EUR 186 million. A further 134 projects were in the investment stage, with a total value of EUR 244 million.

The most significant property development investment decisions of the year were as follows:

The expansion of the teacher training school in Rovaniemi will be completed in 2019. No other major projects are expected to be completed during the year. Several large projects are in progress in locations including Oulu, Turku, and Tampere.

New BREEAM certificates were awarded to SYK’s properties during the year. BREEAM environmental certificates with a rating of Very Good were awarded to the Verso renovation project in Lappeenranta for its planning phase and the Teacher Training School of the University of Turku for its construction phase.

We also obtained new BREEAM certificates during the year. The Ruusupuisto building in Jyväskylä and the Medisiina D building were awarded planning stage environmental certificates under the BREEAM system with a rating of Very Good for both properties.

In January 2018, the SYK won the 2017 Property Developer of the Year award. RAKLI’s jury justified its selection by highlighting our efforts to drive the evolution of property development through experimental projects as well as our use of campus development to link city strategies and property management.

The buildings’ years of completion by square metre and percentage

The buildings’ energy and water consumption and emissions 2014–2018

Waste and recycling in 2018

“We want to win the Nobel Prize together,”

The universities in Turku engage in effective cooperation across language boundaries. A new multi-user building will soon make this cooperation even smoother. Highly functional premises attract students as well as researchers. 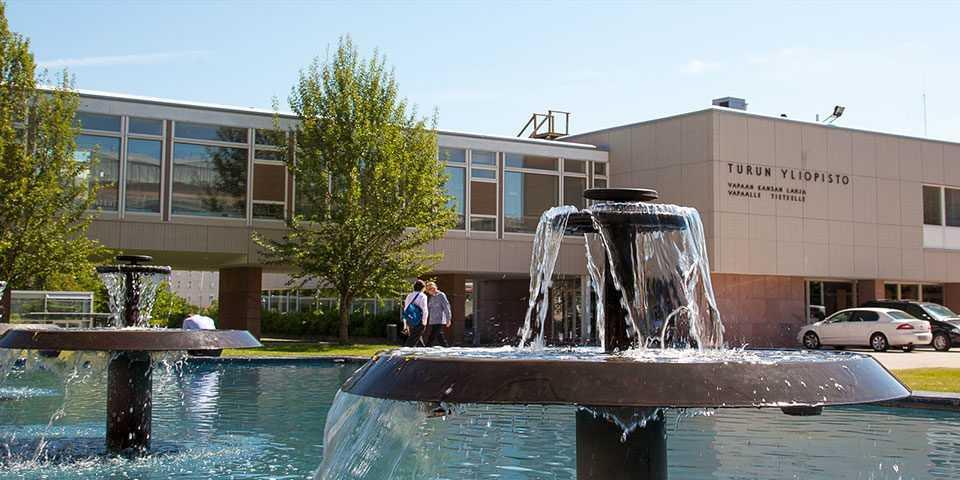